The ABCs of Historic Preservation at the Federal Level

As residents and fans of German Village, we all enjoy the results of over 60 years of active preservation activities within the district.

Historic Preservation as a tool for building healthy communities reveals its benefits in full bloom at the local level. Here in German Village, we are surrounded by the beauty, functionality, and simplicity of vernacular, working-class architecture and pedestrian, human-scaled landscapes and public throughways and we have worked hard to restore and preserve these attributes. In the United States, these local efforts are rooted in programs at the Federal level. 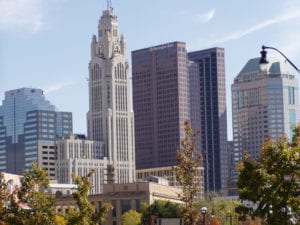 Below is a summary of these Federal programs that should serve to better orient those of you participating in the ongoing, active restoration, preservation, and maintenance of German Village and assist you in understanding our role in the broader, national preservation movement.

This overview was created by the Federal Historic Preservation Program Task Force that formed in 2011 to complete an examination of these issues to document the condition and trajectory of the External Programs of the National Park Service, generate metrics to examine the problems, identify the causes, and deliver strategies for improvement.  Building upon past studies, “Aligned for Success…Recommendations to Increase the Effectiveness of the Federal Historic Preservation Program,” included a strong grassroots advocacy component to drive results.

In summary, the definition of the federal historic preservation program used by the Task Force is meant to refer to the federal component of a broader set of federal, state, tribal, and other prescribed programs and partnerships referred to within Title I of the National Historic Preservation Act of 1966, the responsibility for which rests with the DOI and is assigned to the NPS.  As an administrative matter, it includes several programs overseen by the NPS Associate Director for Cultural Resources and subsequently managed by an Assistant Associate Director for Heritage Preservation Assistance Programs and an Assistant Associate Director for Historic Documentation Programs.  Often this collection of programs is referred to by the NPS as External Programs, because they serve needs outside of the National Park System.

The federal government funds a portion of the core NHPA-related activities of SHPOs, CLGS (trough the SHPO), THPOs and tribes through annual grants from the Historic Preservation Fund (HPF).  This HPF funding is in addition to appropriations made annually to pay for the work of preservation professionals at the NPS.  Thus, at least as a federal budgetary matter, the NHPP itself consists of two conceptual components—funds that pay for the NPS federal component of the NHPP (sometimes referred to as the NPS Preservation Programs or External Programs) and funds administered by NPS which are granted by the federal government to other participants in the broader set of NHPP partnerships (sometimes referred to as the HPF Grants-in-Aid program).

The NPS is one of the operating bureaus of the Department of Interior (DOI), and as such is subject to DOI policies and directives. The Director of NPS is appointed by the President and confirmed by the Senate. The Director, who holds ultimate authority, is located in Washington and supported by the program directorates in the Washington Administrative Service Organization (WASO).  Five NPS Associate Directors and their staffs support the Director – one of which is the Associate Director of Cultural Resources.

NPS Historic Preservation Programs (i.e. the NPS-based federal component of the NHPP) are the focus of the Task Force.  These programs provide support to the broader NHPP by maintaining an inventory of historic properties, setting standards for historic preservation, providing technical preservation assistance and administering grant, assistance and incentive programs.

Financial and technical assistance is provided through this activity to Congressionally designated national heritage areas, managed by private or State organizations to promote the conservation of natural, historic, scenic and cultural resources. This budget category has also in some years included funding for the Preserve America program.

The Grants-in-Aid activity includes withdrawals from the Historic Preservation Fund (see below) to the States, Territories and Indian Tribes for the preservation of their cultural heritage.  The 2009 appropriation was split, $42,500,000 for SHPOs and $7,000,000 for THPOs.

The Grants-in-Aid to Save America’s Treasures program provides grants to preserve nationally significant heritage resources, including buildings, films, books, and records. No funding for this program was requested for 2011.

Congress established the Historic Preservation Fund (HPF) in 1976. The establishment of the HPF was one of the key provisions of Public Law 94-422 that amended the NHPA.  Modeled after the Land and Water Conservation Fund, the HPF is a trust fund (a mechanism for separate accounting) in the U.S. Treasury that is funded by Outer Continental Shelf Oil and Gas revenues, authorized at $150 million annually.  It was created to be a source of Federal grant funds to encourage non-Federal investment in historic preservation.

Administered by the NPS, HPF program funds are dispersed as grants-in-aid to SHPOs and THPOs that have formally assumed SHPO responsibilities. At least 10 percent of each State’s allocation must be sub-granted to CLGs, those local governments whose preservation programs have been endorsed by the State and NPS as meeting certain criteria.  The Save America’s Treasurer’s program has also been funded from the HPF.

Virtual Village - How to Connect with Us