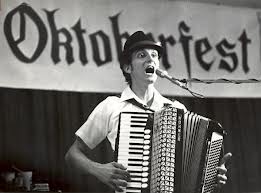 History
German Village is a historic neighborhoodjust south of downtown Columbus, Ohio. Initially platted in 1814 in Columbus’s South End, the German Village area primarily developed between 1840 and 1914. It was settled largely by German immigrants in the mid 1800s. German descendants at one time comprised as much as a third of the population of the entire city of Columbus.

German immigrants who arrived in the South End in the 1850s immediately felt at home: people spoke German in the stores, schools, and churches; their homes were solid yet unpretentious. After work, bakers, stonecutters, storekeepers, carpenters, tanners, bricklayers, and brewery workers relaxed in nearby bier gartens. Most belonged to gymnastic and singing societies. This simple, yet distinctive working-class neighborhood was a little bit of Germany.

Origins
In 1796, Congress appropriated the Refugee Lands for individuals who had supported the Colonial cause in the American Revolution. By 1802, an American Revolution veteran named John McGowan claimed 328 acres, most of what would become the German Village. As German immigrants arrived, McGowan sold tracts of land to them. By 1814, the German Village found its roots, originally called “die alte sud ende” (the old south end), and German immigrants contributed to building the first statehouse.

German Immigration
By 1830, massive German immigration to the city had occurred. These South Enders had little time or money for extras. As the local newspaper, “Der Westbote,” described in 1855: “The people who live in these small houses work very hard. You will not find silver on the doors, but you will find many little gardens which produce vegetables for the city’s market. You will not find silk or other very expensive things; but the houses are very clean, the people work hard, and are very healthy, and they are very happy.”

Early residents built their homes and businesses in the north and west sides of the Village, in the vicinity of City Park, Third Street, and Livingston Avenue. Many German immigrants served in the American Civil War, thus gaining the universal respect of the local citizens. By 1865, one-third of Columbus’s population was German and the community was flourishing. They built up the local neighborhood, including many businesses, schools and churches. The schools were so superior that English-speaking residents of Columbus chose to attend them. German-American George Karb would become mayor of the city, twice, at the end of the 19th century, and again in the early 20th century.

By 1856, few had settled east of Third Street. Still waiting to be developed was the area below Kossuth Street, the city’s southern boundary. By 1872, area development forced Columbus to extend that boundary. The city turned Stewart’s Grove into a City Park surrounded by empty building lots in 1865. When it was renamed Schiller Park in 1891, those lots were not so empty. Settlement in the area north of Whittier and west of Mohawk was becoming fairly dense. The majority of the Village’s existing buildings date from the last quarter of the 19th century.

German Village grew and developed before anyone thought of zoning regulations. As a result, businesses were scattered throughout the neighborhood, though few blocks had more than one or two commercial buildings. This allowed the Village to retain its predominantly residential character. Typically, a business owner set up shop on the first floor and lived above the store. 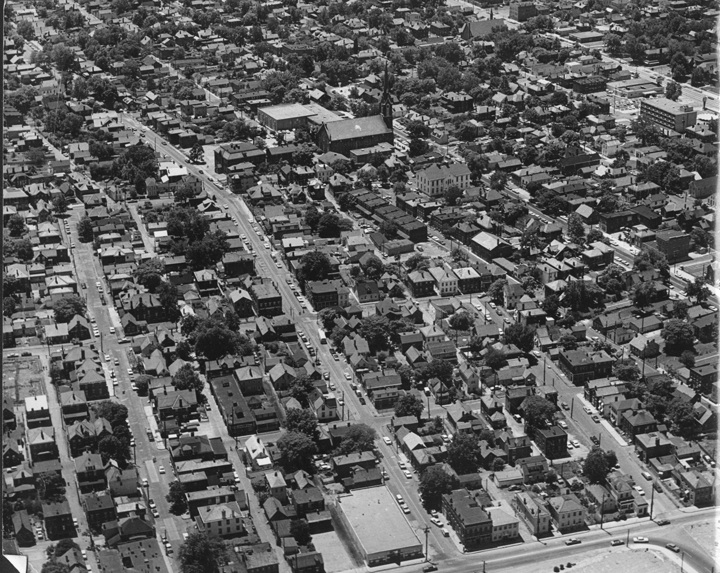 Decline
Under Columbus’s first zoning ordinance in 1923, the South End was zoned for manufacturing and commercial use. Such zoning permitted virtually any land use and ended the original residential quality of the neighborhood. This zoning classification accurately reflected changes in the area that began during World War I and would continue through the 1950s.

Further decline occurred later due to the closing of the local breweries during Prohibition (1920-33) when national laws closed the doors of South End breweries. The German workers were forced to find work elsewhere. They also found homes elsewhere as a trickle of South Enders began moving to newly developed suburbs.

After World War II, that trickle had become a flood, accelerating the neighborhood’s decline. After the war, the South End was zoned for manufacturing, leading to the erosion of the area’s residential feel. By the 1950s, the area had become a slum. The city then demolished one-third of the neighborhood (between Main Street and Livingston Avenue) to make way for the new interstate highway system. The remainder of the South End was seriously deteriorated and a prime candidate for leveling.

Renewal
Nearing complete destruction, Frank Fetch defied the common wisdom and purchased a house on Wall Street in 1949, determined to rebuild the neighborhood. Fetch would create the German Village Society in 1960 to promote the preservation and rehabilitation of the neighborhood.

At the time, Fetch’s dream of reversing urban blight through preservation and rehabilitation was a radical approach. Ironically, the same characteristics that urban renewal studies of Columbus used to describe “blight” are the very attributes that give German Village its unique and appreciated character today: small lots, narrow streets and the absence of new development. Those attributes brought working-class people armed with dreams and elbow grease back to German Village. Significantly, this Village revitalization has been privately funded without the aid of government programs or subsidies of any kind.

In the early 1960s, the German Village Society worked to have the entire area rezoned. It changed from manufacturing and commercial to AR-1, high density residential. This classification eliminated industrial uses and limited commercial uses.

Working together, the Society and the Commission made a positive impact on the Village in a very short time. According to building permit records, in 1962 owners and investors made over $1 million in improvements. At this time, some buildings had price tags under $5,000.

In 1963, the Columbus City Council passed Chapter 3325 of the Columbus Zoning Code, creating the German Village Historic District. (See Appendix D.) This ordinance also gave the German Village Commission design review authority. Thus, the Village became one of the nation’s few historic districts with an architectural review board to preserve its character.

The Society also petitioned and received a listing on the National Register of Historic Places on December 30, 1974. The German Village Society presently has nearly 1,000 preservationist-minded members who are dedicated to maintaining the historic quality of the buildings and neighborhood. As a result, German Village is currently considered one of the most desirable areas to live in the city, if not the premiere place in Columbus to live. More than 1,600 buildings have been restored since 1960, and it is credited as one of the most premiere restoration districts in the world. On November 28, 1980, its boundaries were expanded to the current 233 acre footprint. By the 1980s, restoration efforts were nearly complete.

Today
Today, German Village is a model of urban neighborhood preservation and revitalization – a nationally recognized success story. The average home price in the neighborhood is $377,450 and several are well over $1 million. The Village has a single commercially zoned strip along Livingston Avenue, and the rest of the neighborhood is mixed use. There is some concentration of businesses along Third Street, Mohawk Street and Whittier Avenue, too. The Village is mostly a residential neighborhood of sturdy, red-brick homes with wrought iron fences along tree-lined, brick-paved streets.