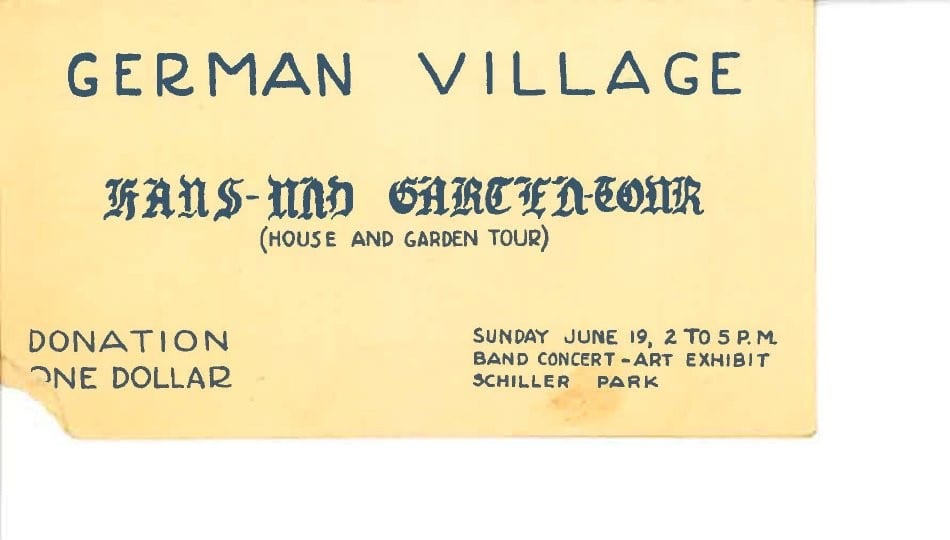 The history of the rebirth of German Village is an inspiring one.  By the 1950s the neighborhood, settled in the previous century by German immigrants, known as die alte sud Ende (the old south end) had fallen into disrepair and was slated for demolition.  The intervention of a group of like-minded Columbus residents, whose understanding of urban renewal extended beyond the image of a bulldozer, initiated a story that continues to this day.  As the 50s came to a close signs of restoration and renovation were becoming more and more apparent throughout German Village.  The Columbus Dispatch observed in April 1960:  “Here and there along such streets as Mithoff, Jaeger, Redbud and Blackberry, you’ll happen on a house that has been restored privately and is a nostalgic throwback to the early days.”  Looking to seize upon the momentum that the Dispatch article had discerned, a group of residents conceived of the event that became the inaugural German Village Haus und Garten Tour.  The goals of that first Tour (and many of the early ones in the years that followed) were to highlight the preservation work that was being done in the neighborhood and to open visitors to the possibilities and opportunities of urban living.  As you might expect, Tour Sunday in 1960 was very different from Tour Sunday these days.  For one thing, it took place on the third Sunday in June.  The event lasted just three hours, from 2-5:00 pm, and the cost of a ticket was $1, a price that the organizers feared would discourage attendance.  As it turned out about 3,000 visitors toured the ten homes featured that first year.  And yet, in many ways, some aspects of that first Tour established traditions that live on to this day. Neighbors, friends and even family members served as neighborhood ambassadors at the tour stops and music and art were integrated into the tour experience.  Most importantly, that $1 that guests shelled out in 1960 was, as the ticket itself indicated, a donation to the German Village Society whose mission was “to promote the restoration and preservation of the Old South Side.”  Sixty years later this remains the purpose of Tour Weekend as the German Village Society seeks to continue and enhance its role as the Caretaker of a Legacy dedicated to retaining the character and distinction of the past while creating a thriving and contemporary community in German Village. 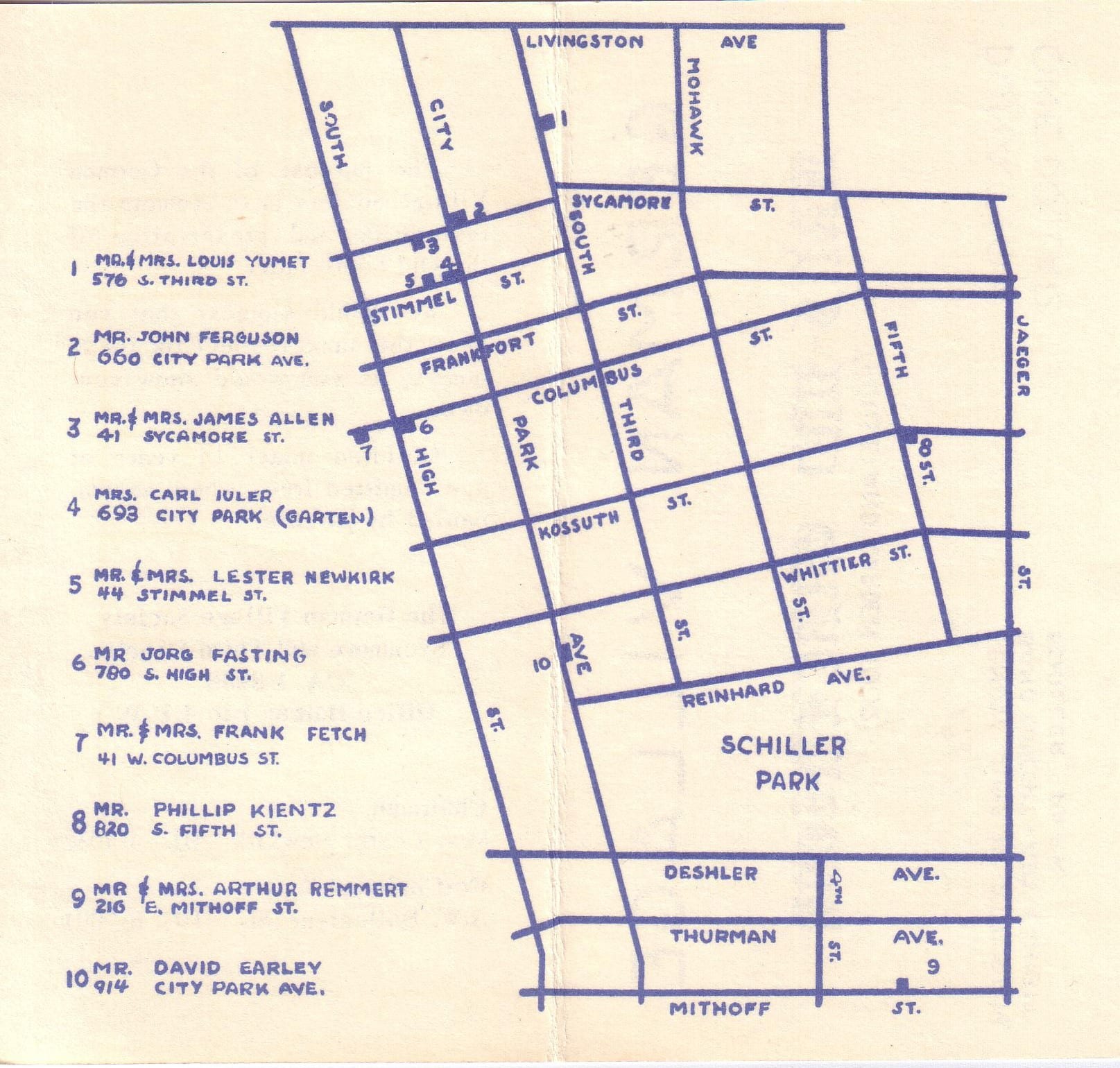